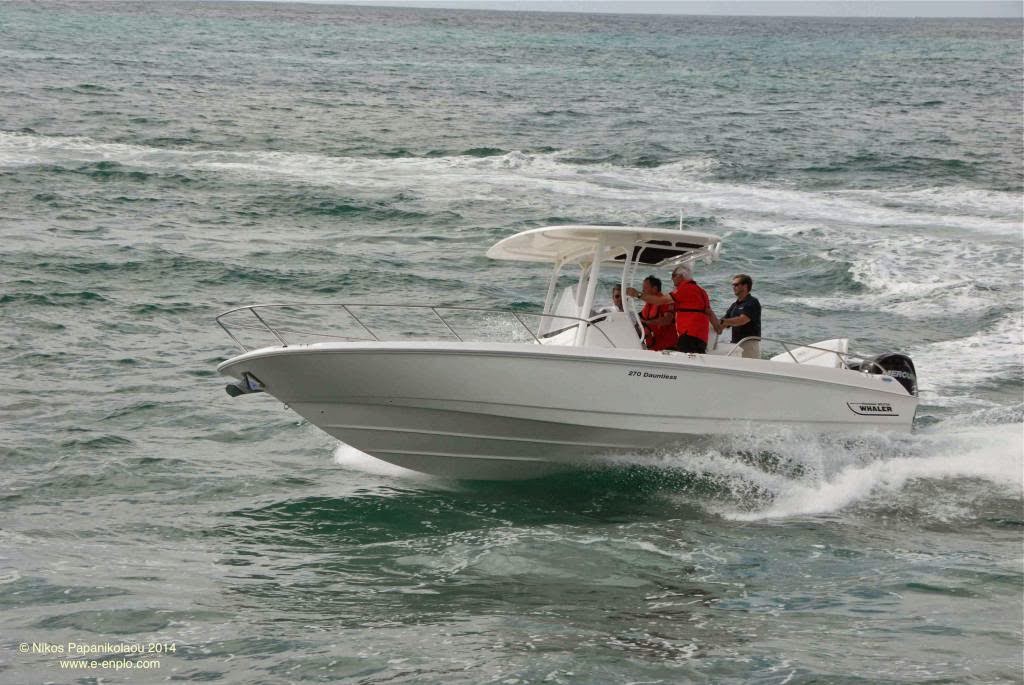 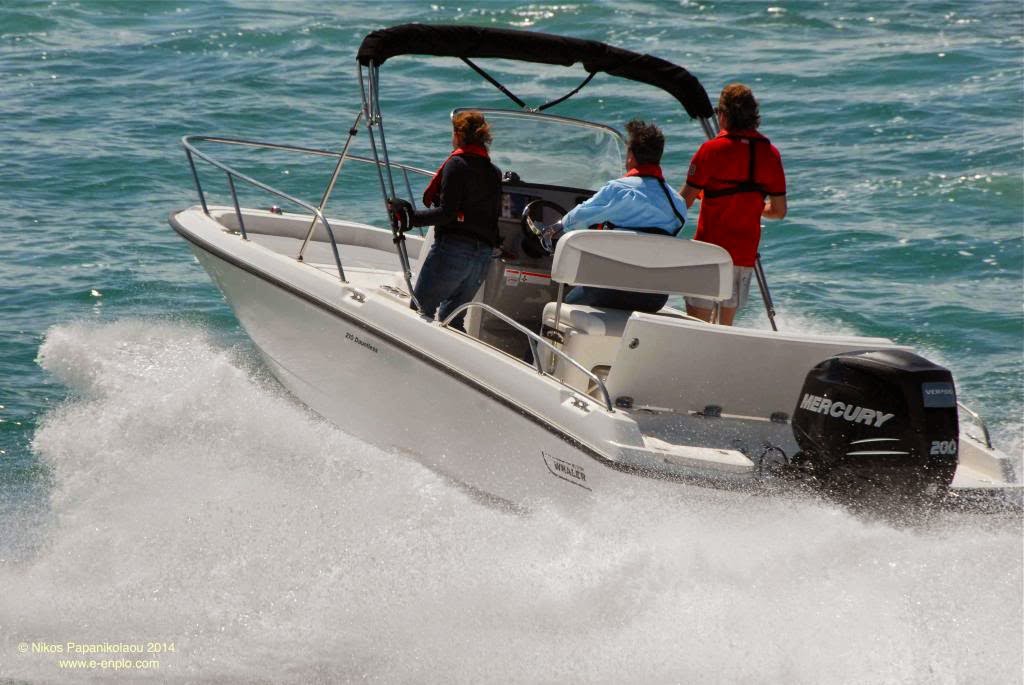 Boston Whaler has launched an exciting new partnership with professional angler and celebrity TV host Henry Waszczuk. The famed sportfisherman sought out Boston Whaler as the ideal boat manufacturer to be featured on his award-winning TV series. More information in the following Press Release. 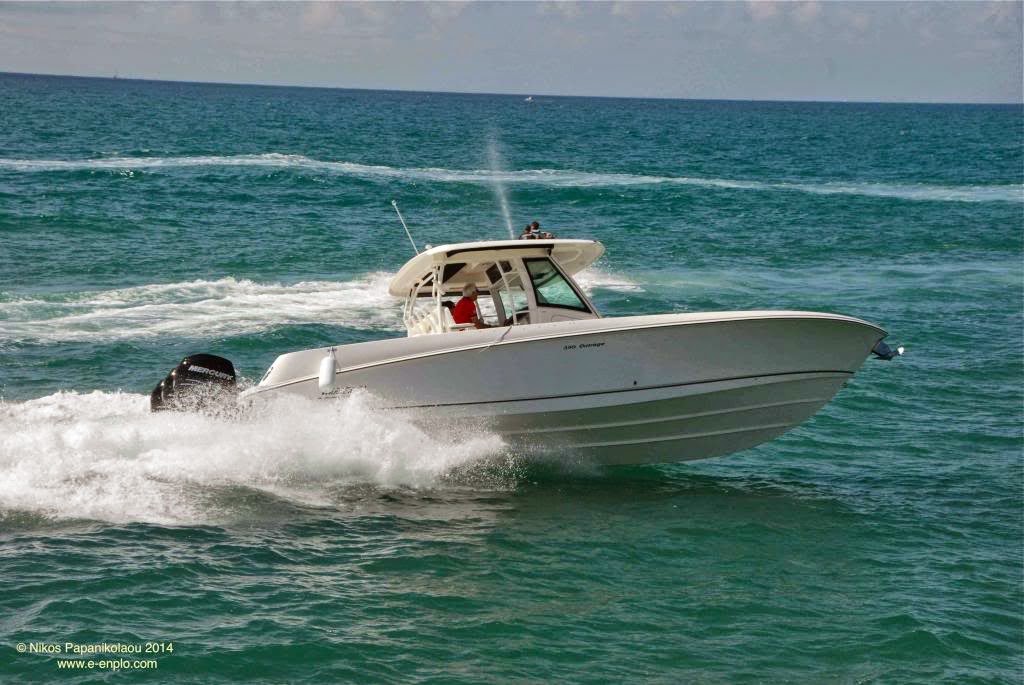 FOR IMMEDIATE RELEASE
Boston Whaler joins forces with famed angler Henry Waszczuk
Edgewater, Fla. (Feb. 9, 2015) – Boston Whaler has launched an exciting new partnership with professional angler and celebrity TV host Henry Waszczuk. The famed sportfisherman sought out Boston Whaler as the ideal boat manufacturer to be featured on his award-winning TV series, Fishing the Flats, as well as the Fins & Skins Celebrity TV Series and across various properties of his Fins Media Group.
This year, Waszczuk will fish from a 270 Dauntless as he tours the state of Florida and beyond while filming Fishing the Flats. The series follows Waszczuk to diverse freshwater and saltwater destinations as he shares with viewers the techniques he’s amassed over decades spent fishing in more than 20 countries and in hundreds of tournaments. In addition, Henry will captain a Boston Whaler 240 Dauntless while competing in tournaments, filming and fishing in Canada.
For Waszczuk, Whaler was the clear choice. “I’ve fished many boats over the years, and no other craft comes close to a Boston Whaler. My first experience was with the 230 Dauntless, and it opened my eyes to how great a boat can be. The fishability, the performance, the way it handles waves and rough water—it’s incredible,” he described. “We catch big fish on camera and need a boat that’s able to run far offshore and be able to get into shallow, skinny water. Whaler is that boat.”
2015 holds special significance, as this marks Waszczuk’s 30th year on television. Following his retirement from a winning football career with the Hamilton Tiger Cats, he went on to found outdoor media company Fins Media Group, co-hosting and executive producing numerous sportfishing programs along the way. Inducted into the Oshawa
Sports Hall of Fame in May of 1989, Henry pioneered catch and release techniques used by many anglers today.
“We are proud to have been identified by Henry as the only brand for the job,” said Boston Whaler Vice President of Sales, Marketing and Customer Service Jeff Vaughn. “Our boats are designed to make serious fishing runs not only possible, but also better—more comfortable, more enjoyable, more successful. The 270 Dauntless and 240 Dauntless are both incredibly versatile, capable fishing boats and we’re eager to see Henry’s many adventures with them unfold.”
When he’s not fishing or filming, Waszczuk enjoys boating with his wife of 48 years, Mary, and their children and grandchildren. “It’s remarkable how easily the Whaler converts into a family-oriented vessel. Flip a few seats, and bam—it’s ready to take the grandkids out tubing,” he said. “The storage space is brilliant, the look is beautiful. A lot of engineering thought goes into a Whaler. That’s why it’s such a highly capable fishing boat. It’s why I’m thrilled to join forces with this legendary brand.”
Throughout the year, Waszczuk will make guest appearances at Whaler events and boat shows around the country. He will be at the Miami International Boat Show on Thursday, Friday and Saturday (February 12-14) in Boston Whaler’s booth, M20-21, at 12 p.m., 2 p.m. and 4 p.m.
Follow Boston Whaler on Facebook or Twitter or visit www.bostonwhaler.com for details on more upcoming appearances and events—including a chance to WIN a day of fishing on TV with Henry.
For more information, please contact Traci Davis at (386) 409-6419 or by email at tdavis@whaler.com.

Email ThisBlogThis!Share to TwitterShare to FacebookShare to Pinterest
Posted by Nikos Papanikolaou at 8:29 PM