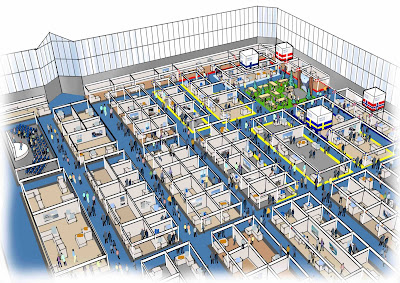 The coming edition of the Marine Equipment Marine Show (METS) that will take place in Amsterdam Rai from 15 to 17 November 2016 will have an augmented floor plan that will spread up to 3.000 s.m. This decision was taked by the organizers after a high demand for more companies to join this event while the current bookings have nearly occupied the former trading area. The new addition is the Hall 7 which will provide more space for the exhibitors and accommodate bigger stands. More information in the following press release.

Take a look at the last METS Show 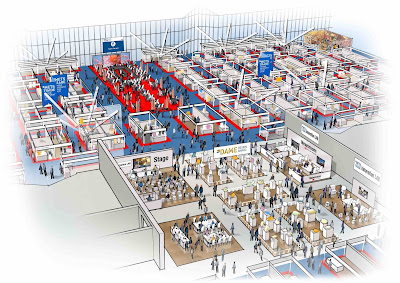 The decision to expand the capacity of the 2016 edition of the METSTRADE Show has been fully justified. A full six months before the event opens for business from 15 to 17 November, an impressive 97% of the original exhibition floor has already been booked, and sales are also well on course for the additional hall. By meeting the anticipated increase in demand in this way, organisers RAI Amsterdam have ensured that METSTRADE Show retains its unrivalled position as the world’s number one leisure marine equipment show. The impressive growth figures cut across all areas of the three-day B2B show. Coupled with a significant increase in the average stand size, they illustrate that the marine industry is well and truly back in business.

There has also been a notable rise in the number of companies opting to have a stand in the pavilions at METSTRADE 2016 compared to the 2015 exhibition. Many more square metres have already been booked at the SuperYacht Pavilion (SYP) compared to June 2015, including first-time exhibitors such as Mapei, Nobiskrug and Pin-Craft. Both the Marina & Yard Pavilion (MYP) and Construction Material Pavilion (CMP) already have as many exhibitors registered for 2016 now as there were in total at the 2015 show. Notable newcomers in these pavilions include Marina Projects and Dockmarine in the MYP and Scott Bader and BNS Industrial in the CMP.

Leading brands set course for Hall 7
The extra hall added to the brand-new layout for METSTRADE 2016, which will increase the show floor by over 3000 square metres, is also proving attractive to leading companies like Yamaha and Dometic and a range of other exhibitors. As part of a new layout designed to optimise social and networking opportunities as well as accommodate the ongoing demand for exhibition stands, the successful InnovationLAB concept and stage has been moved to Hall 6 connecting Hall 1 to Hall 7. It will form a central innovation hub with dedicated presentations of the winning and nominated products for the prestigious DAME Design Award. The IBI newsroom will also be located in this part of the show.

“We are delighted to have achieved such high booking numbers so far in advance of the actual event,” comments Irene Dros, Manager Maritime METSTRADE at RAI Amsterdam. “The fact that the METSTRADE Show is generating so much interest at this stage of the year – while we have also made the event larger than ever – makes it all the more impressive.”
“It is also pleasing to see so many companies registering to take part for the first time. This will help accelerate ongoing growth in the future for the METSTRADE Show as the meeting place of choice for the global leisure marine industry. Our challenge now  is to live up to the expectations of the high standards we have set, and focus on welcoming even more visitors from the global marine industry in the editions ahead.”

About the METSTRADE Show

The METSTRADE Show is the flagship event of METSTRADE, the world’s leading platform for professionals in the leisure marine equipment industry. The world’s largest trade exhibition of equipment, materials and systems for the international marine leisure industry is organised by RAI Amsterdam in association with of ICOMIA (International Council of Marine Industry Associations). The METSTRADE Show features conferences, events and three dedicated specialist pavilions: the SuperYacht Pavilion, the Marina & Yard Pavilion and the Construction Material Pavilion. METSTRADE 2016 will run from 15 to 17 November in the RAI Amsterdam convention centre. 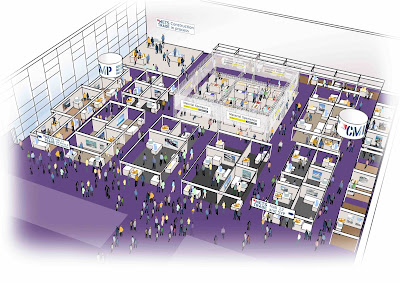 Email ThisBlogThis!Share to TwitterShare to FacebookShare to Pinterest
Posted by Nikos Papanikolaou at 2:36 PM